Clements Ribeiro is the partnership of designers Suzanne Cle­ments and Inacio Ribeiro.

A London based independent house, Clements Ribeiro dominated London Fashion Week for over a decade with their influential approach to colour and print and their exceptional graphic cashmere knitwear line.

Clements Ribeiro was stocked in over 250 of the most exclusive stores all over the world and dressed inumerous celebrities, from Nicole Kidman to Adele, Madonna to Florence Welch, Marion Cotillard, Tom Cruise, Brad Pitt .•.

Between 2000-2007 Clements Ribeiro revived the house of Cacharel re-establishing the brand as in international force through youthful rebranding and spectacular shows. Clements Ribeiro first rose to prominence in the '90s and now, after a 7-year hiatus, the label returns with its signature joyful designs. Exquisitely produced in collaboration with Barrie Knitwear in Scotland, the brand's cashmere collection is awash with kaleidoscopic colorways and bold rainbow stripes. 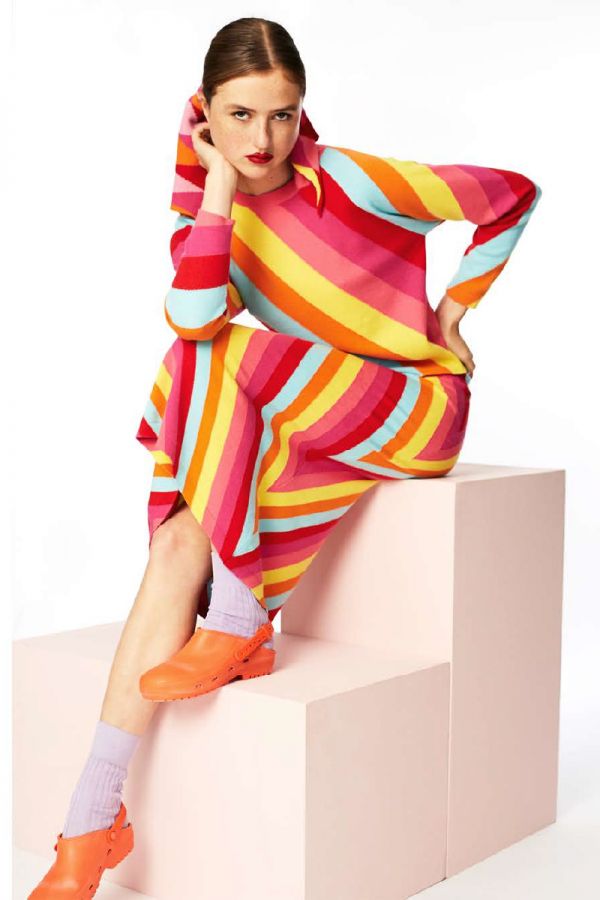