Loretta Caponi launched her eponymous brand over 50 years ago, opening the doors to her first store in 1967 in Borgo Ognissanti, Florence. Having started embroidering at the age of nine and delivering her first commissioned work at fourteen, it was Loretta’s dream to celebrate the art of embroidery and needlework.

Since Loretta’s passing three years ago, her daughter Lucia has taken the helm as Creative Director of the Loretta Caponi brand. Lucia continues to develop the design, whilst preserving the heritage and artisanal craftsmanship, having supported her mothers work for over 30 years. This continued evolution sees the input of a new generation, represented by her son, Guido Conti Caponi, bringing with him a fresh new vision for growth.

Loretta began creating long sleeve nightgowns with smocked embroidery and ruffled necklines in the highest quality organic cottons, linens and silks, during a period dominated by synthetic fabrics. These first designs featured in the store window and were an instant sell-out.

Housed in a restructured old piano warehouse in Via delle Belle Donne, Sir Anthony Hopkins once described Loretta Caponi as the ‘the finest store in all of Italy’. The brand continues to attract exclusive customers from all over the world, including royal families, magnates such as Rockefeller, Rothschild, Kennedy, Getty, and celebrity fans such as Madonna and Jane Fonda. Global stockists include Matches Fashion, Moda Operandi, Luisa Via Roma, Capitol, Tsum, Joyce, Koibird and Cutter Brooks Shop, amongst others. 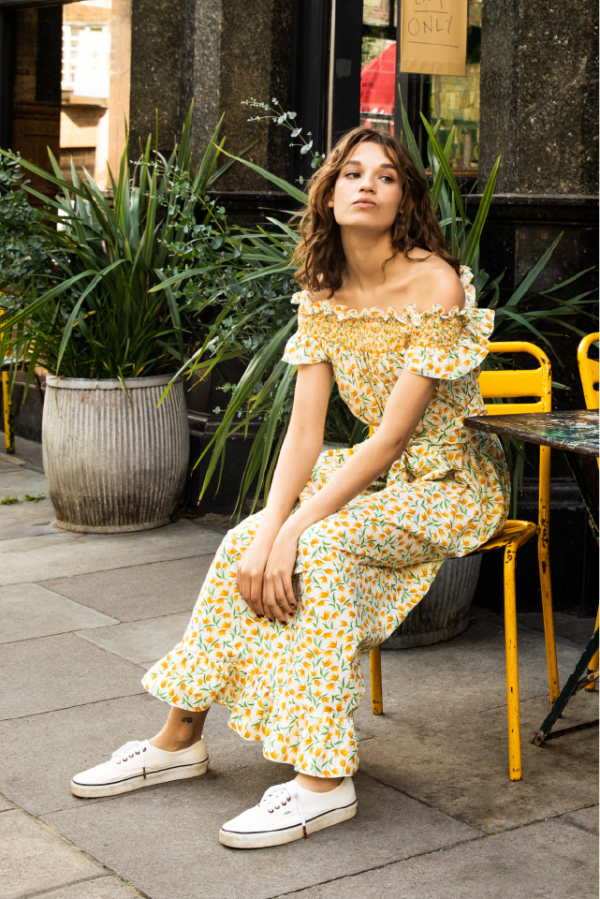